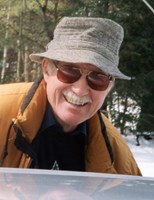 Canada lost another Canadian Veteran, as Norm left this world on the first of February 2021 for a journey to “meet his maker” in his 89th year after a courageous battle with numerous issues especially Pulmonary Fibrosis, COPD and Congestive Heart Failure. After 32 years together, his final moments were spent with his loving wife Trish. Due to the Covid 19 crisis, his 88th was celebrated quietly in August 2020 with his wife and siblings. He took pride in his three siblings living past 80 years of age.

Norm graduated from Northern Secondary School and the University of Toronto. His career took him to working for the Nipissing and Toronto District School Boards. He was born in Toronto and lived also in North Bay, Washago and Orillia.

His army career started in 1947 when he was 14 years old and he spent his summer at the Royal Canadian Army Cadets Camp in Ipperwash. Following in his father’s footsteps, he joined the Queen’s Own Rifles of Canada in 1949 and rose through the ranks to become a major in 1966. He spent a lot of hours at the Moss Park Armoury on the Parade Square.

A big thank you goes out to Dr Kimberly McIntosh and Marianne, DSW Tracy Morrison of Health Partners,  the Palliative Care Team with the LHIN and Bayshore Health Care, and the maintenance staff and neighbours at Fellowship Heights, for helping Norm and the family through this very difficult loss.

Please visit https://www.carsonfuneralhomes.com/obituaries/details/37217  to give condolence messages. In lieu of flowers, donations can be made to Norm’s favourite Charity, the QOR Trust Fund https://www.canadahelps.org/en/charities/the-queens-own-rifles-of-canada-trust-fund/ . https://www.canadahelps.org/en/charities/the-queens-own-rifles-of-canada-trust-fund/ A service will take place, possibly near August 18th which will be his 89th birthday, at the Moss Park Armouries with Reverend Captain John Niles when the Covid-19 Crisis is over. Norm’s final resting place will be the National Military Cemetery, Section 103 of Beechwood Cemetery in Ottawa, possibly on Remembrance Day.