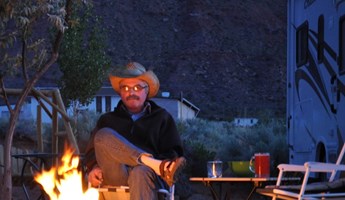 Passed away peacefully on September 20, 2021 with his wife and son at his side following a short battle with an illness. He was born September 10, 1955 in Swan River, Manitoba and baptized in the Swan River United Church of Canada on October 30, 1955.

Garvin is survived by his beloved wife Denise, his son Jeff (Sonya) and grandchildren Abby and Jack. He leaves to mourn his passing his brothers Dave (Debbie), Jim (Shirley); his sisters Stephanie (Paul), Tracy (Terry); his brothers-in-law Craig (Glenda), Neil (Cindy), Kent (Kim); sister-in-law Debbie (Don); his nephews and nieces and many dear friends. His parents, Steve (1997) and Nina (2001), passed away previously.

Garvin was a kind, quiet, soft-spoken man. He had wry sense of humor that often caught people off guard. He loved snowmobiling and curling in the winter; camping, golfing, biking, and walking in the summer months. Garvin and Denise spent many summers camping/driving across Canada and the States. While in Yorkton he was a member of the United Commercial Travelers. Their chapter supported the Saskatchewan Lung Association and other community causes.

Garvin was a journeyman carpenter and spent many years in residential and commercial construction. In 2006 he started work as a building inspector for the City of Yorkton, SK. In 2012 Garvin and Denise moved to Melfort, SK. There he was employed as a maintenance foreman by the school district until he retired in the spring of 2021. Garvin was well respected by his employers and coworkers. He had a strong work ethic and was a talented tradesman. He loved building things. Garvin’s special, last project was helping Denise build a dollhouse for their Abby. In the spring of 2021 they moved to Midland, ON to be closer to their son and his family.

His family want to thank the Doctors and nurses at the Georgian Bay Hospital in Midland for their care and compassion during his last week with them, particularly the wonderful team in ICU.

Funeral arrangements entrusted to Carson Funeral Homes – JH Lynn Chapel, 290 First Street, Midland (705) 526-6551.  In lieu of flowers, donations may be made to the Canadian Lung Association.

A grave side service and celebration of his life will take place in Minitonas, Manitoba at a later date.