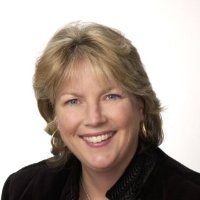 Catharine (Cathy) Jean Buckingham (October 16, 1956) called by her angels on Friday, March 26, 2021, peacefully with her family by her side. Survived by the love of her life, Denis Galbraith, daughter Courtney (Dan Harriss), son Brett (Lindsey Hogan). Grandmother of six beautiful granddaughters; Huntley, Madelyn, Blake, Briar, Tatum and Halle. Daughter of Bruce and Jean (Hislop). Sister to Robert (Brenda), Ian (Tammy) and Debbie (Norm, preceded her in death on January 1, 2021). Aunt to Tegan (Phil), Jesslyn, Danielle, Sara, Jessica, William, Rob (Krista) and Kristina. Cathy fought a hard and courageous battle against ovarian cancer. True to her spirit, she did so with incredible grace and stoicism. Cathy was best known for her unwavering kindness, generosity and love of her family, friends and career. She lived her life for her family and spent the entirety of it doing whatever she could to build a beautiful life for her children and grandchildren. She was the most devoted mother, grandmother, aunt, sister, daughter and wife. For anyone fortunate enough to have known her, knew that she lived her life for others. Her spirit was unique, full of love and pure kindness and she instilled incredible values that will be passed on through generations to come. Born in downtown Toronto, Cathy grew up in Scarborough. She attended Guildwood Public School and then High School at Sir Wilfrid Laurier Collegiate where she was voted student President. Cathy swam competitively at the Scarborough Swim Club and ran with the Scarborough Optimist’s. She competed at the Miss Toronto Pageant and was voted first runner up. Cathy graduated from the University of Western Ontario and then began her career at Bell Canada. She had a passion for business and community, and through that passion built an incredibly successful company in Barrie Ontario, TNR Industrial Doors. Under her leadership as President and CEO, TNR Doors became the largest rubber door manufacturer in the world. Many awards were earned by Cathy over the years from the Barrie Chamber of Commerce, to many Industrial Door Association accolades. She was awarded the RBC Canadian Women Entrepreneur of the Year and was named one of the most Influential Canadian Woman Entrepreneurs, by Profit magazine. While Cathy’s work life was full of many recognitions, she will be most remembered for her devotion to people. All people were deserving of her love no matter their background, gender, work or financial position. She possessed an inherent ability to make everyone feel listened to, respected, worthy and appreciated. And whether the conversation led to a mentorship opportunity, a learning experience or just a word of friendship, Cathy was fully engaged. She was an avid contributor to various local and global charities including the Circle at the Centre, Memorial Square, United Way, YMCA, Princess Margaret and many others. She had a fond love of nature, swimming, skiing, travel, reading/learning, politics, charity and all animals. Her smile, hug and genuine nature could heal anyone’s broken heart. She is deeply missed as the matriarch of our family, but her legacy will live on. A private funeral will take place for the family on Tuesday April 6th at 1 pm which will be live streamed to the Carson Funeral Home Youtube Channel.  A public celebration of life will take place when we can gather. It was Cathy’s wish that memorial tributes be made in the form of charitable donations to Ovarian Cancer research or Princess Margaret Hospital. Personal pages have been setup in Cathy’s honour.