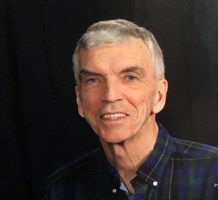 AUSTIN, Richard June 27, 1936 - September 28, 2019 With sadness we announce the passing of Richard at Georgian Manor in his 83rd year. He embraced life. Through the 1950s, he was a Flying Officer with the RCAF Auxiliary. While never abandoning flying, he chose teaching, working in high schools in Toronto, Barrie and Elmvale. On weekends he was a flight instructor. Retiring from teaching, he opened a Kumon Math and Reading Centre in Barrie. For decades he was a Board member for Camp Simpresca. He was an all around athlete but tennis was his game of choice. Richard was the beloved husband of Carol and the proud patriarch of a large family. He will be missed by his children: Peter (Michelle), Jane Castner (Mike), Judy Fiebig (Gerd ), Simon (Christina) and Jeff (Vanessa). Also by his Tynan stepchildren: Jack (Anna), Daniel (Yun Xi), Margaret, and Chyanne (Adam Szakall). He will be remembered by Katy Austin and his 21 grandchildren: Kristina, Hillary, Zach, Abby, and Olivia Austin, Michaela, Alex and Josh Castner, Stephan and Anna Fiebig, Tim, Patrick and Evelyn Austin, Launa, James and Catalina Austin, Cade Tynan, Aidan Martin, Eno Tynan, Tynan Szakall and Addison Szakall and his three great-grandchildren. In lieu of flowers donations to the David Suzuki Foundation or Camp Simpresca would be appreciated. A Celebration of Richard's Life will be held at the J.H. Lynn Chapel of the Carson Funeral Home in Midland on Saturday, October 5, 2019 from 1 p.m. - 4 p.m